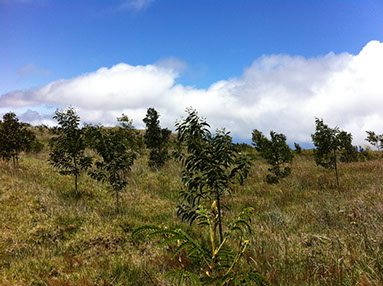 Get to know our people

I received my academy training, my commission in the U.S. Army and my degree in Business from Norwich University in 1982. Thereafter, I served in the Hawaii National Guard as an officer and helicopter pilot and loved every minute of it.

When I was too young to know any better, I became a stock broker, and later, a partner in a brokerage firm with offices stretching from Honolulu to Düsseldorf. After retiring from the securities business in 1990, I began a small Mergers & Acquisitions consulting company with my longtime friend and business partner, Darrell Fox. Over the years, we have had the privilege of consulting for more than two dozen companies worldwide and from many diverse industries. Our expertise in the inner workings of public companies even allowed us the privilege of heading two large shareholder actions in which we successfully removed entrenched corrupt management and restored fiscal controls back to the shareholders.

As cliché as it sounds however, my most challenging and rewarding job has been that of a dad. I have five young children who mean everything to me. As any parent can tell you, the single most important thing you can do for your children is to be a good example. It is so important that we instill in them, a moral compass; one that balances personal goals with personal responsibility. I see the condition of our planet today and it saddens me. It is clear that some members of our own generation and those who came before us, lacked that type of character and have in turn, placed a huge burden on your children and mine.

No single act will repair the environment and no government will ever be able to legislate morality by passing laws. It’s simply up to each one of us to make right choices and to pass on that legacy to our children. Hawaiian Legacy Hardwoods was created to allow a new generation of socially responsible individuals an opportunity to secure financial independence for themselves and their loved ones while helping the planet in the process.

Upon finishing up with academia, I became the managing partner of an aquaculture project. We designed a state of the art cultivation system for producing premium shellfish for the restaurant industry.

For the last 20 years I have worked with my partner, Jeffrey Dunster, as a consultant to companies both public and private. My special area of interest was companies with operations in the environmental and biomedical fields. One thing that the investment industry taught me is that years of education are only a tool kit that one must decide how to apply to the real world. Another is that as the world changes one must direct their attention to fields that will thrive under the new paradigm.

Deforestation is becoming a global calamity, but it is also the signpost to an incredible opportunity. The growing shortage of tropical hardwood lumber is driving prices at an average of 13% per year. The United Nations Food and Agriculture Organization expects that rate to increase. As a hard asset, lumber of all kinds will rise in value in response to inflation. This makes it a defensive strategy in troubled economic times. I see it as my responsibility to the planet and more personally my responsibility to my wife and children to be a part of the solution.

As one of the founding members of Hawaiian Legacy Hardwoods, I have been able to bring a lifetime of experience to a project that has been in the planning stages for years. We originally looked at this as an opportunity for ourselves and our families, but many of our contacts in the investment industry were interested in finding a way to participate. My experience in the financial and science communities are key elements in blending the biological requirements of growing trees with the financial realities of our times. It is my great pleasure to be able to do something good for the environment while helping individuals find an ethical way to profit in these unsettled economic times.

Andrew Callister has an extensive background in commercial plantation research and business development.  He is also a highly qualified research scientist with a PhD from the University of Melbourne (Australia) and a solid publication record. Some of Andrew’s key achievements include leading advanced-generation tree improvement programs for eucalyptus, teak, and sandalwood, developing innovative statistical methods to quantify competition in field trials and genetic effects on stand uniformity, planting and publishing results from the first cloned progeny trial of teak, and managing the largest control-pollinated tree seed program in Australia.

Andrew has been the principal consultant for Treehouse Consulting since 2009. He has developed expertise in improving the value of tropical plantation timbers and he has become an internationally recognized authority on the management and genetic improvement of teak.  Andrew has also cultivated an understanding of the ecological benefits of planted forests that have emerging monetary values including carbon, biodiversity, ecosystem services, and maintenance of social functions.

A passion for combining ecological values into profitable plantation enterprises culminated with Andrew’s formation of Shelterwood Forests Pty. Ltd. in 2013.  This business was established to create forests that provide environmental and social services while maximising revenues from timber and non-timber values.

Andrew combines technical competence and business acumen in his role with HLH to capitalize on the emerging opportunities in eco-asset monetization.